WE THINK：Walking out from the Illness; Market Continues its Rally in the Midst of Doubt

Stock markets in November surprised many with its strong performance: Wind China all A Index rose 7.86%, Hang Seng Index and Hang Seng Tech Index rose 26.62% and 33.15% respectively, while NASDAQ Golden Dragon Index rose a fabulous 42.13%. From “Selling China” in October to “Buying China” in November, what has caused such drastic change of view in November? Just like the old saying goes, “Three consecutive rises(drops) will change the belief of an investor”

In last month’s report, we have pointed out that “… such low valuation levels are very extreme even in previous bear markets. While one may see either risk or opportunity at such times, for capital market veterans like myself, such valuations offer very attractive investment opportunities based on my past 29 years of experience. We believe that investments made at such levels is very likely to yield a great fortune.”. we believed that the market has shown signals of reaching the bottom in October, therefore we have kept our positions and prepared to add positions on companies with long term growth potentials. As anticipated, market recovery was much fast-paced once it has stood still at trough valuations, we were able to respond quickly and our investment portfolios were able to ride on the November rally.

Many has happened in the last few days. Dec 1st a great leader has passed away and triggered mourning across the country, while bring back memories of old days. On the same day, Guangzhou announced its COVID-relaxation policies, which were quickly followed by other states and cities in China. In Shenzhen, the city where Rabbit Fund is headquartered in, relaxation measurements were announced on Dec 3rd. Since 2019 Dec 1st, COVID-19 has vastly influenced globally, and now is coming to an end. What does it mean to our economy and daily lives? The recent real estate support has strengthened, and how would the industry move on from here? Has the market really seen its bottom? We will try to answer these questions in this month’s WE THINK.

THANKFUL TO OUR GREAT LEADER

Much has happened in the last 30 years. If Mr. Deng Xiaoping was our mastermind and laid out the blueprint for China’s Reform and Opening-up, then Jiang and his comrades would have been the greatest architects to have accomplished such great plans: we have turned around the biases from foreign countries, switched the country’s economic model from planned economy to market economy, liberated the people’s thoughts and creativity, joined the WTO in 1999, which led to the takeoff of China’s economy. All of these plans would only be castle in the air if the leadership lacked execution. It was the efforts and leadership of Jiang and his comrades to have made the blueprint become reality, and in his 13 years of reign, Hong Kong and Macao’s transfer of sovereignty, 2008 Beijing Olympics, 1999 joining WTO, development of Pudong, 7x growth in China’s GDP… all these are the results of that directly benefited and influenced lives of the people, and would never be forgotten in history. 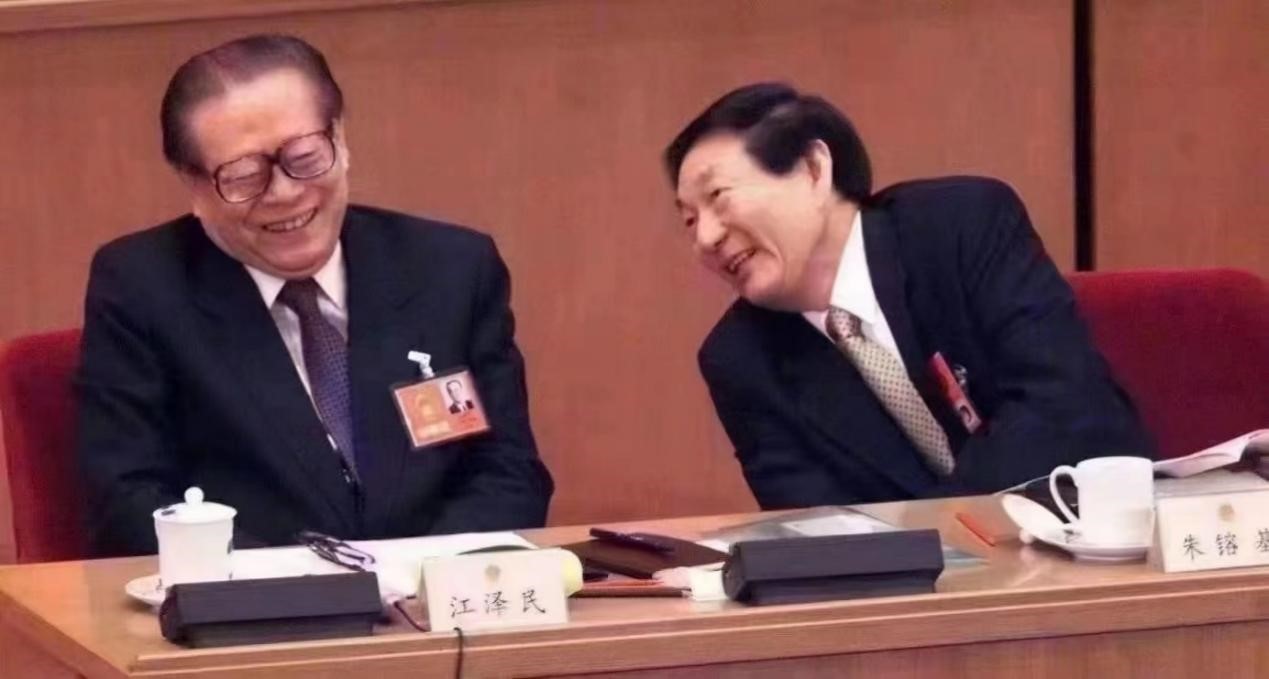 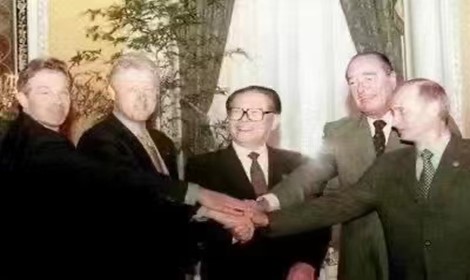 I am very grateful for witnessing one of the greatest moments in the history of China’s development during the time where my personal goals and values were forged back in 1989. This has become the one of the most important and treasurable experience in my life.

Three years has passed since the pandemic outbreak in Wuhan in 2019 December. Led by the Chinese government, China has upheld its pandemic control measures for the last three years, and with every Chinese citizen’s help, we minimized the damage and protected the lives of the majority. We have finally come to an end of the pandemic where the OMICRON strain is now much less lethal, paving the grounds for fewer COVID restrictions. We believe that with the relaxation announcements made on Dec 1st marks the end of the pandemic period in China.

In the last three years, the total number of infected or deceased were among the lowest in the world. In the year of 2020-2021, Chinese citizens were basically unaffected with their daily lives, and its manufacturing output has provided ample support to global demands; while some industries, corporations or individuals were indeed greatly affected by the pandemic, but one must remember that there are no perfect solutions in such situations, but only a less harmful one. We must appreciate for the fact that the pandemic has not worsened and we survived the toughness. The society or economy might have been hurt, but wealth can be accumulated and created again.

Although it will take time for the economy to recover (and to be shown in economic data), almost all entrepreneurs agreed that relaxation in policies would only be positive for the economic recovery of China – many were unable to work, produce nor consume under the pandemic controls, and if such environment doesn’t change, there would be no improvement to the economy. Economic activities are driven by each citizen’s capability to work and create value, but not driven solely by loosen fiscal or monetary policy.

Rabbit Fund always believed that “its never too late to do what’s right.” In the past week, RMB has risen 1800 basis points against USD. At the same week, the US stock market was largely flat, while the NASDAQ Golden Dragon Index rose 22.38%. It is more than obvious the capital markets has voted for China’s recent policy changes. 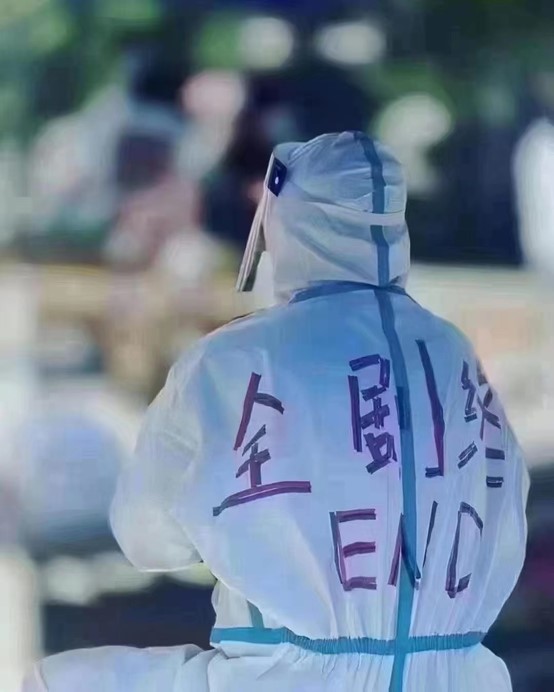 The most important part of the end of the pandemic, is the society’s focus would shift to “economic construction” once again (from “pandemic control”). We expect the social lives and work patterns to normalize; recovery of business, production, consumption, tourism… etc would all slowly return to normal. Therefore, stock markets, economy and improvement on living standards would all be back on the agenda.

WE THINK has spent a lot of time discussing the issues and policies in regards to the real estate segment in China. There were many supporting policies announced in the recent month: In the past month, Longfor Real Estate Development’s Chairman resigned, triggering an acute drop on stock and bond prices of privately owned Chinese real estate developers. On the other hand, PBOC and CBIRC made a joint announcement of “16 financial actions for real estate market development” on Nov 23rd. Shortly after, CSRC made an announcement on Nov 28th regarding the relaunch of refinancing activities of listed/to-be-listed real estate companies. Then closely followed by banks and branches announcing the strategic collaborations with real estate companies, providing ample support of financing and credit easing … such supportive measurements were unseen in the past. And we could see that the real estate policy focus has shifted from “guarantee the construction competition of flats” to “protect the surviving real estate companies”.

Although the real estate sales figures would not immediately recover, the worries of bankruptcy of private companies are over. The toughest time has passed, and the industry would recover with time.

It is unavoidable for the changes in policy to adapt to the latest development of the real estate market – this month’s measures and actions were iconic. And perhaps this was what the market has been waiting for: from painfully deleverage to happily deleverage.

From our observations, the market view is diverged— most investors are sidelined. And market hotspots have been quickly shifting from different sectors, making it hard for investors to make money by sticking with a single type of sector/asset.

We have also observed that there has been much changes to the market itself. While most of the investors were extremely pessimistic by the end of October, the A-shares market has slowly recovered from its trough value. The market is slowly gaining its ground and grinding upwards.

From a policy point of view, there are three areas that showed strong marginal improvement: first, real estate policies are now fully supportive with unseen strengths and magnitude, which is beneficial to the economy and capital market. Second is internet policies, where the People’s Daily, the state-owned official newspaper of China, has said that “…Chinese internet is a good internet that could help the people of China". Last but not least, pandemic control changes. Although the progress had some back and forth, Guangzhou’s latest pandemic control policies have spearheaded the changes of pandemic controls in China. All the above changes are what we have hoped for months -- Led by the political changes, one could expect the economic and capital markets to soon come out of the hardest time!

At the beginning of November, we have already adjusted our positions to upper limit of neutral holdings. As we believed that the market has a high chance of seeing the bottom. Although it might be too early to determine if it’s the beginning of a great bull market, it would be easy to make earnings from lowly acquired stocks.

The market is changing too fast and rapidly, market cycle and bull/bear switches happening much faster than before. We cannot predict the future, but we could seize the opportunity. “Rally always begin in desperation, and extends in doubts”. For now, the market is still full of “doubts”, which should be a good sign.

WE THINK - 2023 OVERVIEW: Winter has passed; Spring is coming

Much happened in the past year and we will try to conclude the events with the following keywords: geopolitical disputes, inflation & recession, globa

WE THINK: WHEN WILL THE MARKET BOTTOM OUT?

The month of October was no better than September. Though the WIND All China Index dropped only 2.51%, the CSI300 Index fell 6.93%, and the “Maotai In

WE THINK: Dollar appreciation leading to another crisis?